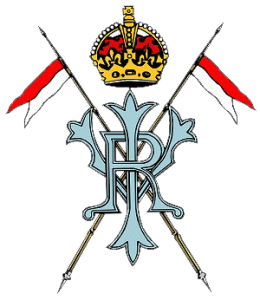 The 21st was first raised in 1760 and was amalgamated with the 17th in 1922 to form the 17th/21st Lancers. It is most famous for the Charge at Omdurman in 1898, after which Queen Victoria awarded the title ’21st Empress of India’s Lancers’.

The 21st was first raised in 1760 and was amalgamated with the 17th in 1922 to form the 17th/21st Lancers. It is most famous for the Charge at Omdurman in 1898, after which Queen Victoria awarded the title ’21st Empress of India’s Lancers’.

The Seven Years War against France began in 1756, and the Marquis of Granby, commanding the cavalry fighting the French in Germany, soon realised the need for light cavalry. In 1760, seven new regiments of cavalry were formed, designated as Light Dragoons. The Marquis of Granby raised one of these regiments, the 21st Light Dragoons. Recruits were required to be ‘light and straight and by no means gummy’, and their horses were chosen from among ‘the finest hunters in the Kingdom’. The new regiment was retained in England in preparation for a possible French invasion and was chiefly employed in escorting French prisoners of war from Scarborough to prison barges at Hull. In 1763, when the Seven Years War ended, extra regiments were no longer required and the 21st Light Dragoons was disbanded.

With French support for the American colonists in 1778, the threat of a French invasion of England returned. As a large proportion of the army was deployed in the colonies, it was again necessary to raise additional cavalry regiments, and the reformed 21st Light Dragoons was raised by Colonel John Douglas. This time the regiment was posted to Whitby to patrol the Yorkshire coast. Import taxes kept the price of rum, tea and sugar high, and smugglers made huge profits by bringing these in from Holland. There were few roads along the coasts of England, and only Light Dragoons could move quickly from cove to cove. In 1783, with the end of the war in America and peace with France, the regiments raised for the emergency were no longer required and the 21st was again disbanded.

After the French revolution of 1789, Britain, Holland and Spain sought to undermine the Republic, because they saw republicanism as a threat to their own monarchies. The French declared war on all three countries in February 1793. In response, Britain again increased the size of the standing army and in February 1794 the 21st Light Dragoons was raised for a third time.

Initially the regiment was employed in Manchester, providing aid to the civil powers, but eventually received its first overseas posting. In 1795 the French troops garrisoning the West Indies Island of San Domingo joined forces with the plantation slaves and declared the island a Republic. As a result the plantation owners requested British aid in quelling the uprising. Because the West Indies was crucial for British commerce, troops were dispatched to San Domingo. The 21st Light Dragoons was part of this force, though once there, the regiment suffered more from yellow fever than from enemy action. The British evacuated the island in April 1798.

In 1806 the 21st was deployed to Cape Town, to protect the Indian trade route. In fact the closest the regiment came to Napoleon and his armies was after the war ended in 1815, when the 21st furnished a troop to guard and escort the Emperor on the remote Atlantic island of St Helena.

Peace again saw a reduction of the army and, as one of the new regiments, the 21st Light Dragoons was selected for disbandment in 1820. The troop guarding Napoleon was allowed to continue until the Emperor’s death.

The final reincarnation of the 21st followed the Indian Mutiny of 1857. Although the mutiny was contained, it was clear that the native troops of the East India Company could not be trusted. Therefore the Company raised regiments consisting solely of Europeans, among them the 3rd Bengal European Light Cavalry. Due to the unpopularity of service in India, the height requirements for Crown cavalry recruits were not enforced on the Company recruits drafted from England, and they became known by the unpopular nickname ‘Dumpies’.

The government was not convinced that the Company’s efforts were enough to guarantee there would not be a recurrence of the mutiny, and an Act of Parliament in 1858 removed the administration of the territories from the Company and handed this to the Crown. All Company regiments were redesignated as Crown regiments. The 3rd Bengal European Light Cavalry became the 21st Light Dragoons in May 1861, and was redesignated as Hussars two months later. The regiment was allowed to retain the distinctive french-grey uniform facings on its uniform, as a mark of its Indian origin.

The 21st Hussars spent the next twelve years in Bengal before returning to England and Ireland. In 1887 the regiment was again posted to India, where it remained until moving to Egypt in 1896. It was while in Cairo that the 21st was informed, in April 1897, that it was to be redesignated and equipped as a Lancer regiment.

Sudan: The Charge at Omdurman

An Anglo-Egyptian force was sent to reconquer the Sudan in order to end Dervish rule, which threatened British interests in Egypt. The 21st Lancers was the only regular cavalry to serve with this army. On 2nd September, 1898, the army reached Omdurman, the Mahdi’s capital, where the infantry formed defensive squares on the banks of the Nile. The Dervishes made several mass attacks, which were beaten back by a continuous and accurate fire from the British infantry. After two hours fighting, the ferocity of the Dervish attack slackened and they appeared to be retreating back towards Omdurman.

The 21st Lancers was then ordered to cut the Dervish line of retreat into the city. As the regiment advanced, it came under rifle fire from what appeared to be a few hundred skirmishers, and the order was given to charge. Too late, it was discovered that this frail line of Dervishes stood in front of a dry riverbed packed with several thousand of the enemy. Private Wade Rix wrote:

‘As my horse leapt in among them, my lance entered the left eye of a white-robed figure who had raised his sword to strike. The impact shattered the lance and I quickly drew my sword as another man pointed his flintlock. I struck him down and blood splattered his robe.‘

The regiment fought its way through the packed enemy and moved away, dismounted and opened a withering fire using carbines, forcing the Dervishes to withdraw. During this action the 21st Lancers lost twenty-one men killed and fifty wounded. Three Victoria Crosses were awarded, each of them for rescuing a wounded comrade from the midst of the enemy. Lieutenant Winston Churchill, attached to the regiment from the 4th Hussars, commanded a troop in the charge.

As a result of the charge at Omdurman, the 21st Lancers was awarded the title ‘Empress of India’s’ by Queen Victoria, became the only regiment entitled to wear her Royal Cypher, and was allowed to return its french-grey facings, which had previously been replaced by scarlet. To this day men of The Queen’s Royal Lancers still wear a form of Queen Victoria’s Royal Cypher on their uniform. C Squadron maintains french-grey as its squadron colour and celebrates 2nd September each year, the anniversary of the charge at Omdurman, as its squadron battle honour.

In 1899 the 21st Lancers returned to England where it remained until 1912, when it again deployed to India. On the outbreak of the Great War, the regiment saw action against Afghan tribesmen armed by Germany, who threatened the security of the Punjab throughout this period. Private Hull was awarded the Victoria Cross for his action at Shabkadar on 5th September, 1915, and the regiment gained a second battle honour, ‘North West Frontier’. In the tradition of Omdurman, Hull returned to the battlefield to rescue a wounded officer. His VC citation reads: When under close fire of the enemy, who were within a few yards, he rescued Captain Learoyd, whose horse had been shot, by taking him up behind him and galloping to safety.

Although the 21st did not serve in France as a regiment during the First World War, in 1916 it did provide drafts of men to form a Service Squadron for action on the Western Front.

With peace in 1918 came a reduction in the size of the army. Consequently the 21st Lancers found itself shipped back to England in preparation for disbandment. However in 1922 a change in Government policy led to the regiment being amalgamated with the 17th Lancers to form the 17th/21st Lancers