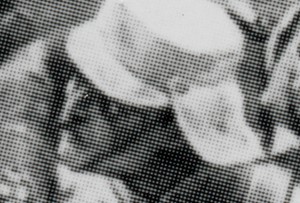 Robert Newell (1835-1858) was born in 1835 in Seaham, County Durham. At a young age, he enlisted with the 9th Lancers. Little is sadly known about Private Newell other than his brief citation, published on 24th December 1858.
His citation reads:
Private R. Newell. For conspicuous gallantry at Lucknow, on the 19th of March, 1858, in going to the assistance of a comrade whose horse had fallen on bad ground, and bringing him away, under a heavy fire of musketry from a large body of the enemy. (Despatch from Major-General Sir James Hope Grant, K.C.B., dated 8th April 1858).
Sadly, Newell would not live to even hear of the award of the VC. Soon after his action at Lucknow, he contracted dysentery, and died on 11th July 1858 at Umballa. He was buried in an unmarked grave in Umballa Cemetery. His medal was sent by registered post to his widow and is now part of the Ashcroft Collection in the Imperial War Museum. His Burial Place is in an unmarked grave at Umballa Cemetery, Umballa, India