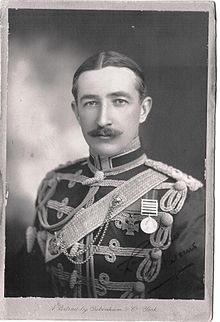 Brian Turner was on 9th November 1873 at Bewdley, Worcestershire, and enlisted into 17th (Duke of Cambridge’s Own) Lancers at Preston on 21.2.1894.
He was promoted to Corporal 10.11.1897.
He took part in operations in Orange Free State, South Africa, February and May 1900, actions at Vet River on 5 and 6.5.1900 and the Zand River.
He was present at actions near Johannesburg, Pretoria and Diamond Hill in the Transvaal. Also present in actions at Bethlehem, Wittebergen, Caledon River and Cape Colony.
Turner was a Sergeant when he was awarded the Victoria Cross for an action at Essenbosch Farm, 7.8.1900.
Citation reads “He was attacked by about 12 or 14 Boers when on patrol duty with Private Hayman. Hayman’s horse was shot and he was thrown, dislocating his shoulder. Sergeant Lawrence at once came back to help him, extricated him from under the horse, put him on his own and sent him back to the picket. Sergeant Lawrence then took both carbines and kept the Boers off until Hayman was safely out of range. He then retired for some two miles on foot, followed by the enemy, who he held off until assistance arrived.”
London Gazetted on 15th January 1901
He was decorated by King Edward VII on the 12th August,1902 in London.
Later he became a Squadron Sergeant Major (Rough Rider) at Cavalry Depot, Canterbury, and was dubbed ‘Posh’.
Lawrence was an exceptional horseman and appointed Riding Master of the 18th Hussars with honorary rank of Lieutenant 15.10.1904 and was later promoted to  Captain.
He also attended the 1912 Olympic Games in Stockholm as a member of the English Riding Team, which also included Paul Kenna V.C.
Severely wounded in France during first months of First World War but recovered to do duty with the General Staff.
He was mentioned in Despatches while serving with Egyptian Expeditionary Force. Allenby’s Despatch reads “whose distinguished and gallant services and devotion to duty I consider deserving of special mention”.
Promoted Brevet Major 1917, and Lieutenant Colonel, Iraq Levies 1923.
He went on to raise a Kurdish cavalry regiment in 1925 and commanded a mobile column on operations in East Kurdistan. 1925-26
Lieutenant Colonel Lawrence was made a Military Knight of Windsor in recognition of his many services following the Second World War.
He died at Nakuru, Kenya, on 7.6.1949 at the age of 76, and was cremated at Nakuru Crematorium.