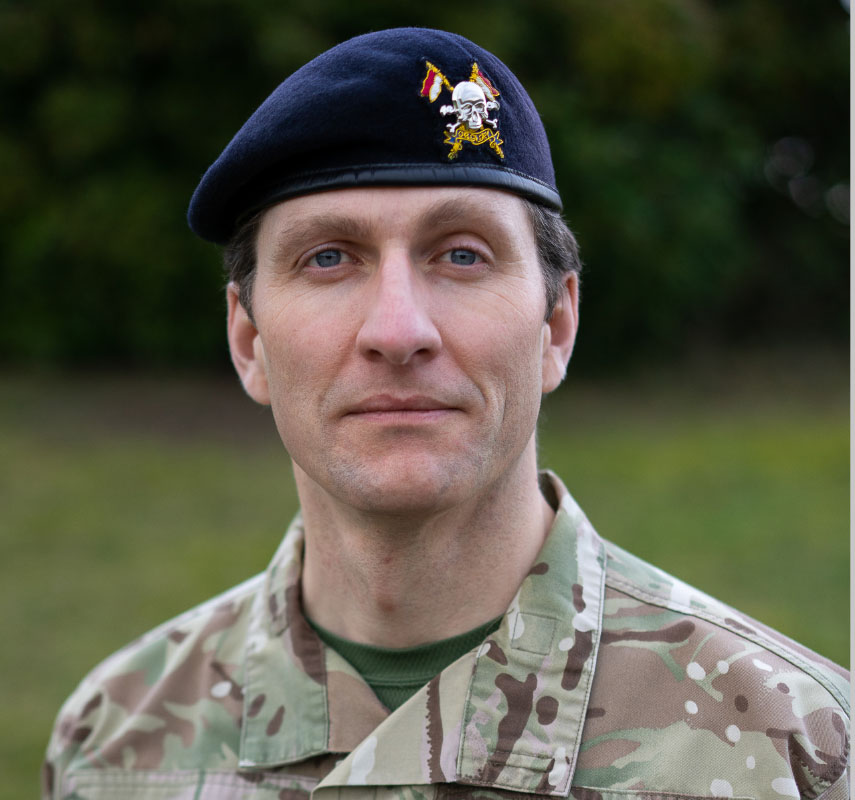 Lieutenant Colonel Will Richmond joined the Army in January 2003, commissioning into the 9th/12th Royal Lancers (Prince of Wales’s) who were at the time on Operation TELIC 3 in southern Iraq. Following the briefest of pre-deployment training he arrived at Basra Air Station on Christmas Eve 2003 and moved to Um Qasr Port where he spent two months learning the ropes under the command of the then Major Tim Robinson, Officer Commanding A Squadron.

Over the following eight years Lieutenant Colonel Richmond was based mainly in Bergen-Hohne where he progressed from Troop Leader to Adjutant, via Squadron Battle Captain on Operation TELIC 7, and Regimental Signals Officer for BOWMAN conversion. He was also lucky enough to spend about 18 months away from regimental duty, first as Aide de Camp to Major General Martin Rutledge General Officer Commanding the 5th Division, and then as an Operational Mentoring and Liaison Team platoon commander in Nad-e Ali during Operation HERRICK 10.

As a Major he first attended the Intermediate Command and Staff Course (Land) at Shrivenham before moving to the Army Headquarters as SO2 Land Forces Organisation. In that role he implemented many of the Army 2020 changes as well as helping to set up Operation FORTIFY, setting the Army Reserves on the path to achieving 30,000+ soldiers by 2020. In 2014 Lieutenant Colonel Richmond returned to Germany as OC of his original squadron before commanding most of the squadrons in the regiment because of the internal moves caused by amalgamation. He moved to Catterick in 2015 for the amalgamation, took over B Squadron The Royal Lancers and then deployed to BATUS in 2016 as OC C Squadron, the OPFOR Recce Company. Selected to be Chief of Staff 12th Armoured Infantry Brigade, he took over that role as the second PRAIRIE STORM was finishing and spent much of the next 12 months back in BATUS or on Salisbury Plain, delivering HICONs for 20 and 12 Brigades’ battle groups.

Lieutenant Colonel Richmond was promoted to that rank in 2017 and attended the Advanced Command and Staff Course before moving to London, first as a Director in the Royal Bank of Scotland on the External Placement (Industry) Programme, and latterly as SO1 Strategy Land in the Ministry of Defence Strategy Unit. At the Ministry of Defence between mid-2019 and early-2021, he was a member of the core team for the Integrated Review of Security, Defence, Development and Foreign Policy. He took over command of The Royal Lancers (Queen Elizabeths’ Own) in February 2021.

Lieutenant Colonel Richmond is married to Annis with whom he has two children, Willoughby and Orlando. He is an enthusiastic amateur pianist, rides (quite badly for a cavalry officer), competes in triathlons, cycles a lot, and reads voraciously (when his children allow it).