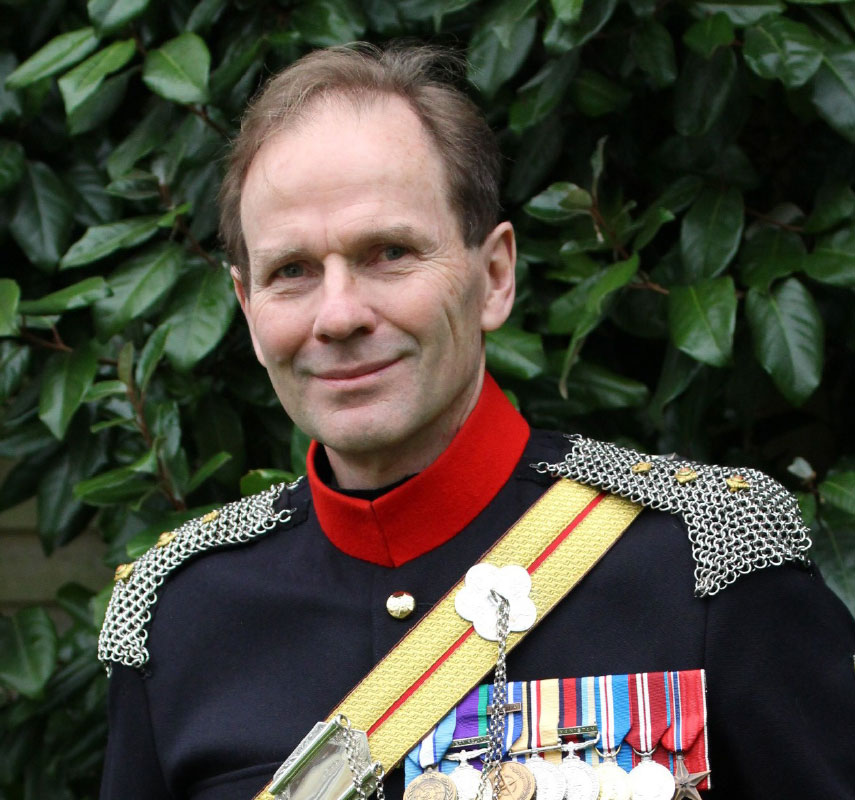 Richard followed his grandfather and father into the 9th/12th Royal Lancers in 1985, having read Theology and Religious Studies at Cambridge University. By this time, he had already earned the nickname ‘Crash’ (by which he is universally known) following an unfortunate incident with a brother-officer’s BMW.

After a career involving tours in Cyprus, Bosnia and Northern Ireland, he commanded the Regiment from 2003-5 including a tour in Iraq. He left the Army in 2012 after an extended tour in Afghanistan where he was awarded the US Army’s Bronze Star. Richard was appointed a member of Her Majesty’s Corps of Gentlemen at Arms in 2014 and appointed Colonel of The Royal Lancers in 2019.

Having left the Army, Richard joined BP and is now a consultant specialising in culture change and leadership development.

A keen historian, Richard authored Spearmen, an illustrated Regimental history and was Chairman of the Royal Lancers Museum Trust prior to assuming the Colonelcy. He is married to Mary Anne and has three grown up children. He lives in Dorset where he is attempting to tame too large a garden.