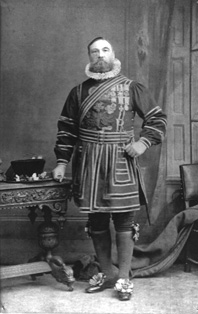 David Spence (1818-1877) was born in Inverkeithing, Fife, Scotland, to Robert Spence, a mason, and Agnes Anderson. David married Elspet Mathieson in 1835, when he was just 17 and Elspet was 16. They went on to have 12 children, though during their 16 years of absence in India, tragically, only three survived. Noted as a blacksmith on the marriage register, David entered the 42nd Regiment, based in Aberdeen. He enlisted in the 9th Lancers Regiment in Belfast on 31st  May 1838.
In 1842, having experienced the tragedy of losing two children in infancy, the couple moved to India with the regiment, leaving their son Robert in Scotland to be cared for by Elspet’s grandmother. David fought in the Gwalior Campaign and was present at the battle of Punniar on 29th  December 1843. He was promoted to sergeant in January 1843.
David took part in the First Anglo-Sikh War (Sutlej Campaign) in which the 9th Lancers lost just two men and was present at the fierce and decisive battle of Sobraon on 10th  February 1846, when heavy losses were inflicted on the enemy. This forced the Sikh Empire into a settlement with the East India Company at the Treaty of Lahore in 1846.
In February 1848, David was promoted to troop sergeant major and took part in the Passage of the Chenab on 4 December 1848, and the bloody battles at Goojerat and Chillianwallah, under command of General Sir James Hope Grant, GCB. In October 1850, David resigned his rank of sergeant, and in July 1851 was again promoted to troop sergeant major. It’s thought that David stayed in India with the regiment over the next few years, with his whereabouts traced by the births of his and Elspet’s children.
The outbreak of the Indian Rebellion in May 1857 meant that plans for a summer in the Himalayan mountains for Elspet and Agnes, their only remaining child in India, were cancelled. David was present at the early battle of Badli-ke-Serai on the 8th  June 1857, and remained in Delhi throughout the siege, including the assault and capture of the city on 14th  September 1857.
Such was the reported barbarity of the sepoys in their treatment of captured British women and children, most notably at the Siege of Cawnpore, that the British retaliated and were nicknamed ‘The Devil’s Wind’, due to their thirst for revenge.
On 17th  January 1858, under Sir James Hope Grant, the 9th Lancers were sent, along with other regiments, to attack a column of 10,000 rebels. Marching all night, they found the enemy at 8am posted at the village of Sutia, half a mile from Shumshabad. As soon as the rebels saw them, they opened fire.
During this battle, Spence seems to have got separated from his men after a charge, and on hearing a cry for help, saw his comrade, Private Kidd, lying wounded and pinned beneath his disabled horse, surrounded by a ring of rebels. Spence did not hesitate for a second: his Lance point dropped and his spurs kicked home, and he crashed down upon the sepoys at a gallop. Alone and outnumbered, Spence cut his way to the wounded man, extricated him from his position beneath the wounded charger and finally, and at great risk to his own life, brought him to safety.
David returned to Lucknow with the regiment for a third time during August 1858. In the battles and charges in Lucknow, the 9th Lancers gained three more VCs, a total of 12 awarded to the regiment for actions in the Indian Rebellion.
David, Elspet, their only surviving daughter, Agnes, and the regiment embarked at Calcutta in April 1859. Five months later, on 4th  September 1859, after 17 years and 122 days in India, they arrived in Britain, off Spithead. David was promoted to regimental sergeant major in October 1859 and was presented with the VC by Queen Victoria at Windsor Castle in January 1860.
On 13th  October 1862, age 44, he was discharged from the 9th Lancers in Brighton, Sussex, at his own request. David Spence was appointed to Her Majesty’s Bodyguard in 1862 as a Yeoman of the Guard. The family moved to Falmouth, Cornwall, where David was employed as a mounted coastguard and began to adapt back to civilian life.
In 1864, Elspet died of pneumonia and typhoid fever, age 45, and was buried in Falmouth. Six months after the death of his wife, David married Mary Pascoe , an innkeeper’s daughter from Falmouth, then pregnant with twins. They went on to have nine children. Mary lived a long life, and died in 1937. On 17th  April 1877, David, age 59, collapsed in the street and died of a heart attack.
He was buried in an unmarked grave in Lambeth Cemetery.
After over a decade (by the family) of searching for the location of his grave, it was finally located in Lambeth Cemetery in an unmarked plot. The Regiment, the Victoria Cross Trust and the family had spent  five years raising the money to have a headstone placed on the grave, ensuring the final resting pace of this gallant soldier was appropriately commemorated.  It is fitting that the site of Spence’s grave is only 150 yards from the grave of Robert Kells VC another 9th Lancer and Yeoman Warder who won his VC during the Indian Mutiny.
On Tuesday 14th March 2017, the gravestone was unveiled by the Regiment and members of the Spence family (some who had travelled from as far away as Australia) for the event. The service was conducted by the Regimental Padre, Major Graham Collingwood, and the serving Regiment was represented by Brigadier Andrew Hughes CBE, the Colonel of the Regiment. 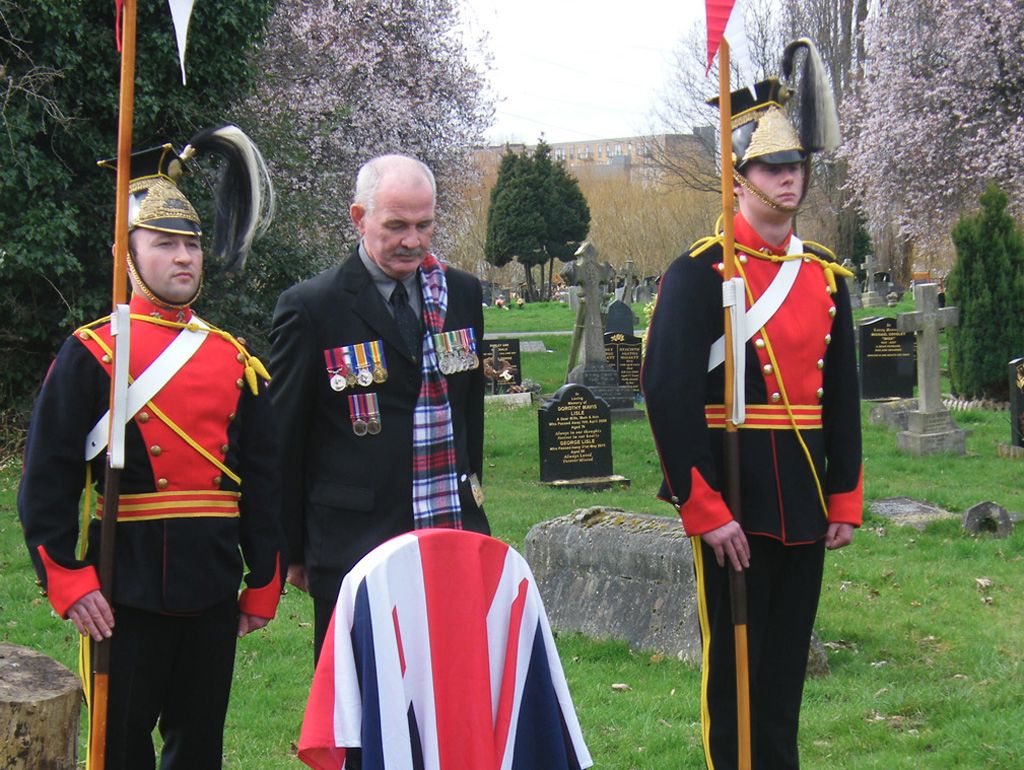 His medals are held by the 9th/12th Lancers Museum, Derby Museum and Art Gallery.